Mr. Benoit’s scale model-making began at age seventeen working with kit airplanes, quickly moving on to scratch building and winning many First Prizes, ‘Best-in-Show’s and Judges Prizes for his World War I airplanes. An avid sailor, Mr. Benoit switched to modeling ships in 1982. His working methods include obtaining an extensive knowledge of both the history and the unique structural characteristics of each vessel he recreates. Using comprehensive plans, drawings, and photographs of existing period ship models, he fabricates every model with historical accuracy. Mr. Benoit has built a full range of diverse vessels, including clippers, frigates, corvettes, brigs and whalers. The overall appeal of his models has been his artistic use of natural woods, and the fidelity of their complex construction. When undertaking models of French navy vessels, he thoroughly researches the construction techniques of models from the collection at the Musee national de la Marine in Paris, as to replicate the unique style of their craftsmanship elements.

The highlight of his career is that his model of the 40-gun Bonhomme Richard was chosen to reside in the crypt of John Paul Jones under the chapel at the U.S. Naval Academy at Annapolis. 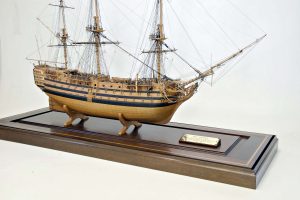 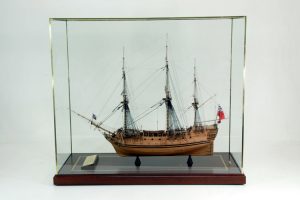 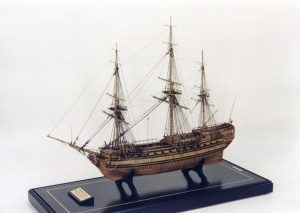